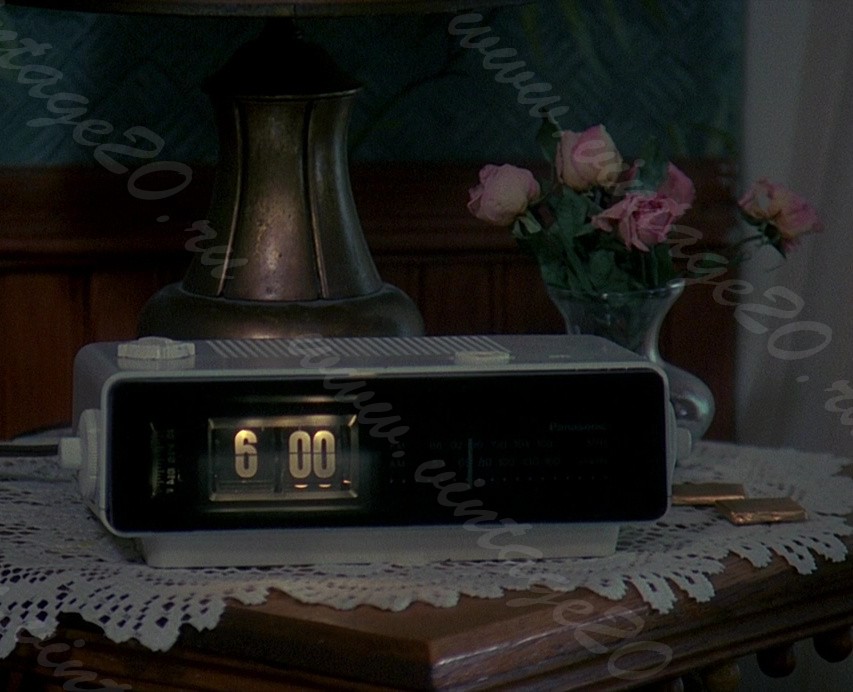 In the movie "Groundhog Day" (starring Bill Murray and Andie MacDowell), Murray plays a cynical TV weatherman with – Phil Conners, which the, apparently, He was cursed to wake up to the same day over and over again, 2-February in Punxsutawney (USA, Pennsylvania), after the annual festival celebration of Groundhog Day.

Every morning Phil wake, performing I Got You Babe, standing next to the bed clock Panasonic RC-6025, known in collectors circles as "Groundhog Day clock". Thanks to this film, model Panasonic RC-6025, of particular interest to fans changeover hours worldwide.

This clock, made in the 70s of the last century, retain the exact time for more than fifty years! All this thanks to a reliable Japanese movement from Matsushita (Panasonic). Integrated radio has excellent sensitivity and can receive a radio AM and FM bands (88-108Mhz), and the speaker (8 ohm) It produces a loud sound good.

However, the appearance eventually ceases to be in the form marketable. This is observed in the yellowing of plastic, especially control knobs, which are sometimes almost orange. Backlight by this time does not burn and needs to be replaced. Clock mechanism, Unlike modern Chinese counterparts, It has a great resource, but still requires attention. Even if it is in working order, lubricants have long lost their properties and dry. Continued operation without maintenance, sooner or later lead to failure, sometimes it is difficult and costly remediable, requiring replacement of parts, which had long been made. But trapped in the hands of the master clock Groundhog Day, serve more than a dozen years!